In the aviation community, a “Stop and Go” is a situation in which you land on the runway, come to a full stop, then power back in and immediately take off again. Typically, when working in the pattern, pilots will do Stop and Go’s or Touch and Go’s (landing and immediately taking off again without coming to a full stop) in an effort to practice landings, communication in the pattern, or something else.

I haven’t written much about my personal experience in the aviation community but thought it would be great to start with my checkride. My checkride experience had a lot of Stop and Go’s, not just during the flight portion, but through multiple instances leading up to the checkride. Life has a funny way of throwing its own “Stop and Go’s” at us and all we can do is put the power back in and go around again.

A private pilot checkride consists of two parts. The first part is the Oral Exam and the second part is the Flight Review. How long does the whole thing take? Between the paperwork and causal jargon, to the oral exam itself and then wrap up, the Oral Exam portion can take about 2 hours. If you pass the Oral (and not everyone does) you will take a quick break and then move on to the Flight Review portion. The flight review portion takes about 2 hours as well.

For myself, I had a heck of a time just getting the checkride scheduled. Weather ruins everything (Welcome to the life of a pilot!). It is unforeseeable in the long-term and when you take your checkride, you are praying for a beautiful day. My checkride was rescheduled at least three times due to weather. I redid my paper work at least twice because I continued training in between the multiple cancellations and therefore my flight time changed. Finally, the examiner called me up and said “Why don’t we at least get the Oral Exam out of the way, and if the weather continues to be poor, we’ll keep working on scheduling the Flight Review portion.”  This is not common practice. Examiners DO NOT start an exam unless they are sure they can finish it in its entirety. However, my examiner was used to dealing with the Northern Nevada weather and had to resort to this tactic rather frequently. 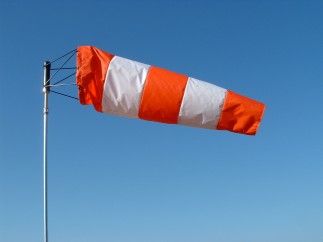 tion after cancellation, we finally settled on a blustery Saturday morning with wind gusts on the ground at 20 knots. I met with my CFI (Certified Flight Instructor) early and we made sure we had all the paperwork sorted and then went to meet with the examiner. Introductions and paperwork aside, the oral exam began. The new Airmen Certification Standards, released in June 2016, frames the exam more like a causal conversation, situation based, rather than specific questions that a student can simply memorize. The goal is to ensure that the candidate is truly knowledgeable and not simply good at memorizing facts. For me, it felt like a stimulating conversation about flying. There were a few concepts I seemed a little hesitant on, but overall, it went incredibly smooth.  I passed “with flying colors” according to my examiner. We signed a letter of discontinuance stating the reason for not continuing on with the second part of the checkride due to weather and waited for a better day.

In the theme of Stop and Go’s, I’ll stop here and continue on with Part 2 tomorrow, where the Stop and Go’s continue.

Have you been working towards something only to face continuing Stop and Go’s? Leave a comment and tell me about your experiences!